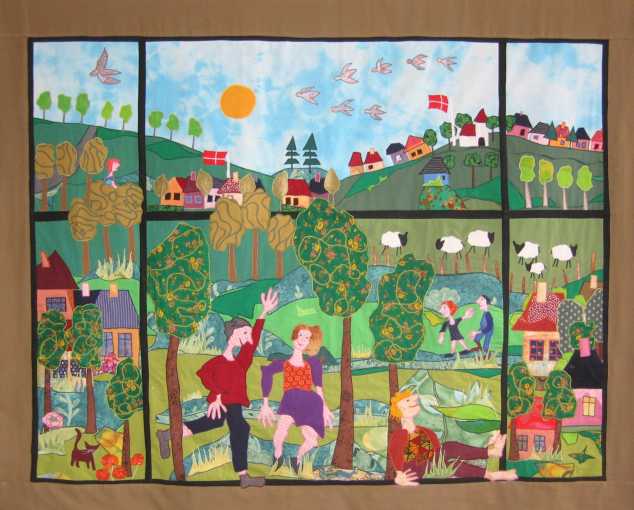 This is the latest in a series of 'Denmark-pictures' inspired by the calm and pleasant countryside surrounding our town.

The Culture of My Country 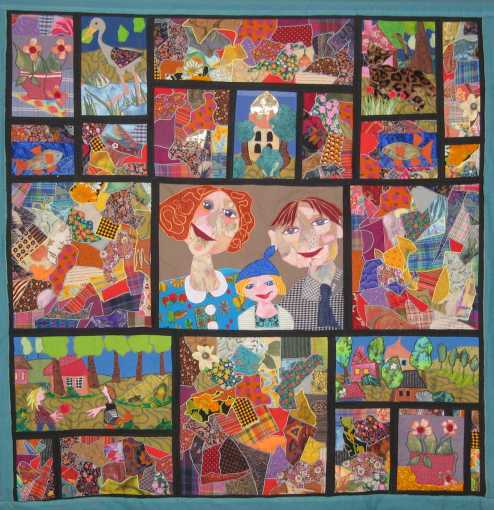 I spent some months two years ago just making 'family portraits', which I love doing. This picture was made in 2005 in the winter, using different shapes and colours in an attempt to illustrate the variety of family life. 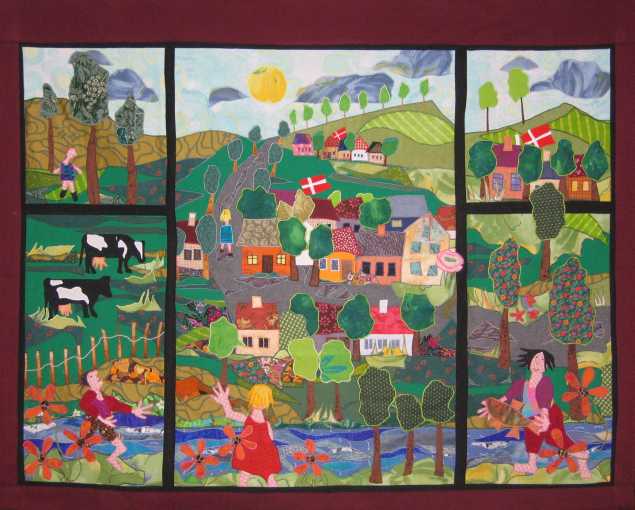 I made my first Denmark-pictures after we joined the European Union, not knowing whether Denmark would disappear amongst the bigger countries. This picture is from December 2005/ January 2006 when we were dreaming of the warm summer to come.

Sunny Days in the South 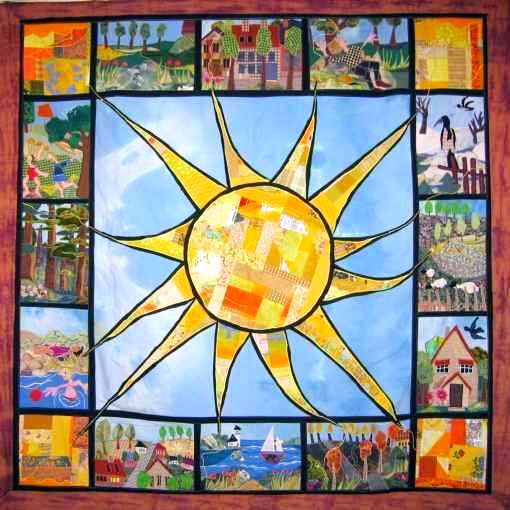 My husband suggested the title, being an admirer of Henry Williamson, who named his major work The Chronicle of Ancient Sunlight, after a passage in Richard Jefferies' book The story of my Heart -

"Softly breathed the sweet south wind, gently the yellow corn waved beneath; the ancient, ancient sun shone on the fresh grass and the flower, my heart opened wide as the broad, broad earth." 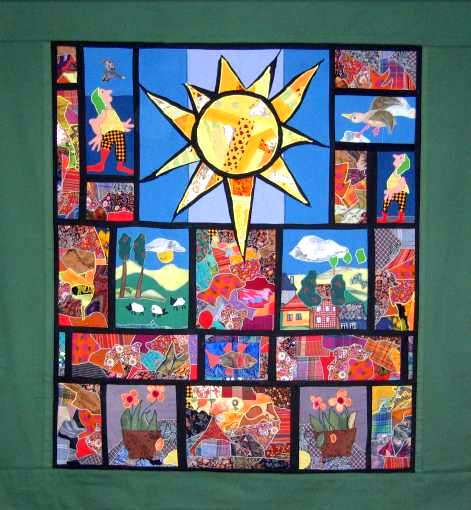 Living in Denmark, where half the year is dull and dark, one spends a lot of time dreaming of the summer to come - waiting for the warmth, planning that holiday in the Sunny South.