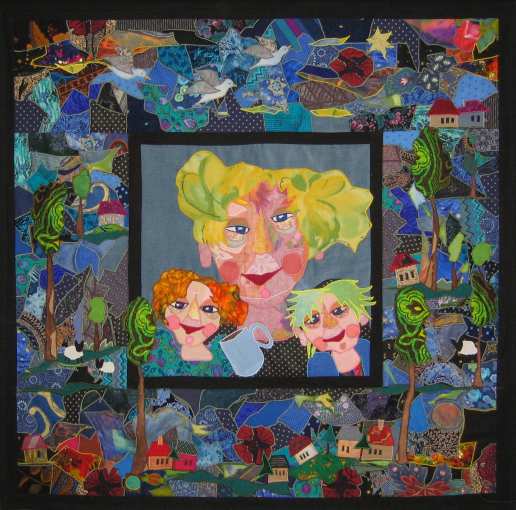 Like many of my pictures, this one began with the head of a woman (what I see when I look in the mirror). The two children followed naturally – and the cup of coffee, over which the problems of life are discussed.  I am trying out a new kind of ‘soft’ framing of my pictures and this one became filled with dreams of a better life.

(Illustrated in Quilter's Newsletter Magazine, March 2008 and in Lark Crafts People and Portraits 2013) 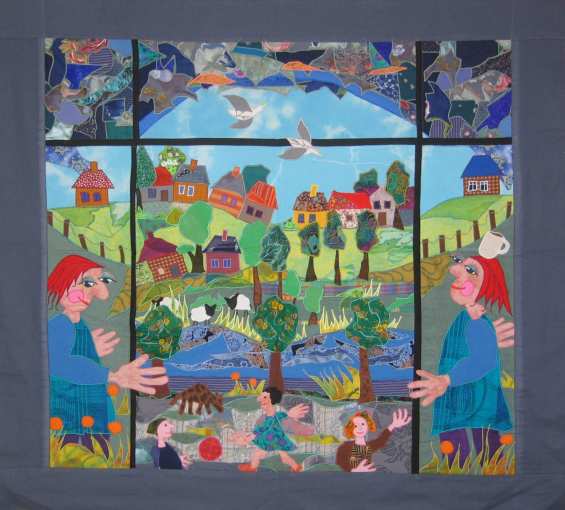 The Danish countryside is close to my heart. What better than an early morning walk on a summer’s day, birds and children playing, sheep grazing safely? I wish I could capture the sounds and the smells in my pictures!  (The coffee cup is there again – should problems arise . . .)